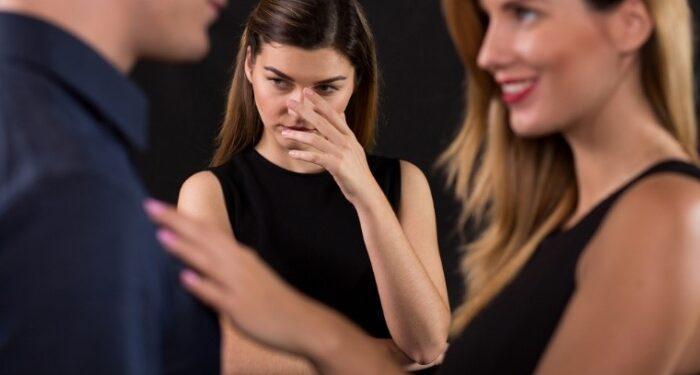 Sometimes considered the disease of the 20th century, HIV infection has run rampant all around the globe. The human immunodeficiency virus has literally caught the world by surprise. It’s attack, once started can be relentless, disrupting the lives of its victims in almost every way.

According to the CDC, HIV is a virus spread through certain body fluids that attacks the body’s immune system, specifically the CD4 cells, often called T cells. Over time, HIV can destroy so many of these cells that the body can’t fight off infections and disease. (1)

To better understand HIV signs, symptoms, and treatments you need to first understand how the immune system works. An important part of the body’s natural defenses is the number of white blood cells you have. There are several different types of white blood cells but HIV attacks and destroys the CD4+ cells that primarily function to ward off diseases. If too many of these cells are destroyed, the body no longer has the ability to fight off disease.

The Stages of HIV in HIV Signs, Symptoms and Treatments:

HIV comes in three different stages. In stage one, acute HIV infection, the CD4+ count is still relatively high because the virus has only been at work in the body for a short time. According to the Mayoclinic, the symptoms of HIV and AIDS vary, depending on the phase of infection. (2) Usually symptoms at this stage are similar to that of the flu. Patients will experience fever, headaches, sore throat, muscle and joint pain, swollen glands, and a rash over different parts of the body. The virus replicates rapidly at the same time as it is attacking the body’s CD4+ cells.

At stage two, the chronic HIV infection stage, the rate at which the virus replicates begins to slow down. There may be no visible symptoms to speak of and patients can give the appearance of being healthy. They can go to work, school, and participate in all types of activities and no one would be any the wiser. It is important to understand that just because there are no visible symptoms to speak of it does not mean that the person is healthy. It is usually during this stage that the virus is passed on to other people. Without proper treatment during this stage it is usually only a matter of time before the patient enters the final stage of HIV.

Stage three and the final stage of HIV is AIDS (acquired Immunodeficiency syndrome). At this point, so many of the body’s CD4+ cells have been destroyed that the body can no longer fight against even the most common bacteria and infections that may happen. It is at this stage that a victim is more susceptible to any opportunistic bacteria or viruses that may be found in their environment.

While at stage two, people could easily live for many years but without proper treatment the condition can become much more severe as it progresses towards full blown AIDS. It is rare for a person to live more than three years without regular medical care during the final stage. It is therefore extremely important to diagnose the condition as early as possible. If left untreated, it would be just a matter of time before the immune system is so severely compromised that there is no turning back. However, with proper medical care, it is possible to not only slow down the destruction of the CD4+ cells and in some cases even stop it altogether.

The Treatment Options in HIV Signs, Symptoms and Treatments:

As of now there is only one proven treatment option that has made any effective strides in curtailing HIV. While it is difficult to kill the virus in the blood stream, a combination of medications called antiretroviral therapy or ART is the most commonly recommended. This type of treatment works to inhibit the virus’ ability to replicate itself. In essence, it slows down the progression of the disease and sometimes can even stop its growth altogether. A major drawback to ART however, is the intense side effects that many people experience.

There are several alternative treatments that can be tried as well but not with the same results as ART. While these can vary from person to person the combination of drugs can cause a wide range of negative side effects including nausea, diarrhea, trouble sleeping, dry mouth, headaches, rashes, dizziness, fatigue, and pain. At times, the reactions can be so severe that patients have often wanted to avoid the treatment altogether. In such cases, your doctor may be able to prescribe another course of medication that can counteract these unpleasant side effects.

Dealing with HIV is a serious matter. With medical advancements today, it is possible for someone to live many years with the condition but in most cases the disease will inevitably take its toll on the body. Therefore the best defense against HIV is prevention.

According to the CDC, if you have HIV, there are many actions you can take to prevent transmitting it to others. The most important is taking HIV medicine (called antiretroviral therapy, or ART) as prescribed. If you take HIV medicine as prescribed and get and keep an undetectable viral load (or stay virally suppressed), you can stay healthy and have effectively no risk of transmitting HIV to an HIV-negative sex partner. (3)

After years of research on HIV signs, symptoms, and treatments we have come to understand that HIV can only be transmitted through the exchange of bodily fluids. These include blood, semen, pre-seminal fluid, vaginal and rectal fluids, and breast milk. A careful analysis of your regular habits with these fluids can help you develop a preventive course to avoid contracting the disease.

Even though the disease is widespread among the population, it is not so easy to catch. It can be avoided simply by making different choices in life. For example, one can reduce their risk of exposure by avoiding sexual contact with infected persons, using infection preventing condoms, not sharing needles when taking drugs, and avoiding blood contamination from other people. Just by taking these basic precautions one can drastically lower their risk of exposure to HIV and protect their health for many years.

No one expects to contract HIV but there is positive hope for the future if they do. As we begin to learn more about this disease we understand that it does not have to be a death sentence as many once believed. Countless people have lived long and productive lives after contracting the disease. As science continues to make more advancements in understanding HIV signs, symptoms, and treatments, we can realistically look forward to a time when diseases like HIV will no longer be a problem that any of us have to deal with.

All about cpt medical coding and certification