You might know how much Hollywood couples spend on their gorgeous and expensive weddings. But do you know how much they lose if they decide to file for divorce? Unlike normal couples, celebrity infidelity, damaging allegations, or even the mutual agreement may cost a pretty penny. Many big-name celebrities like Tiger Woods, Jeff Bezos, and Dr. Dre have lost unimaginable sums in scandalous breakups. Dividing up countless assets such as houses, planes, children, and even dogs sometimes may reach crazy extents and amount to billions of dollars. 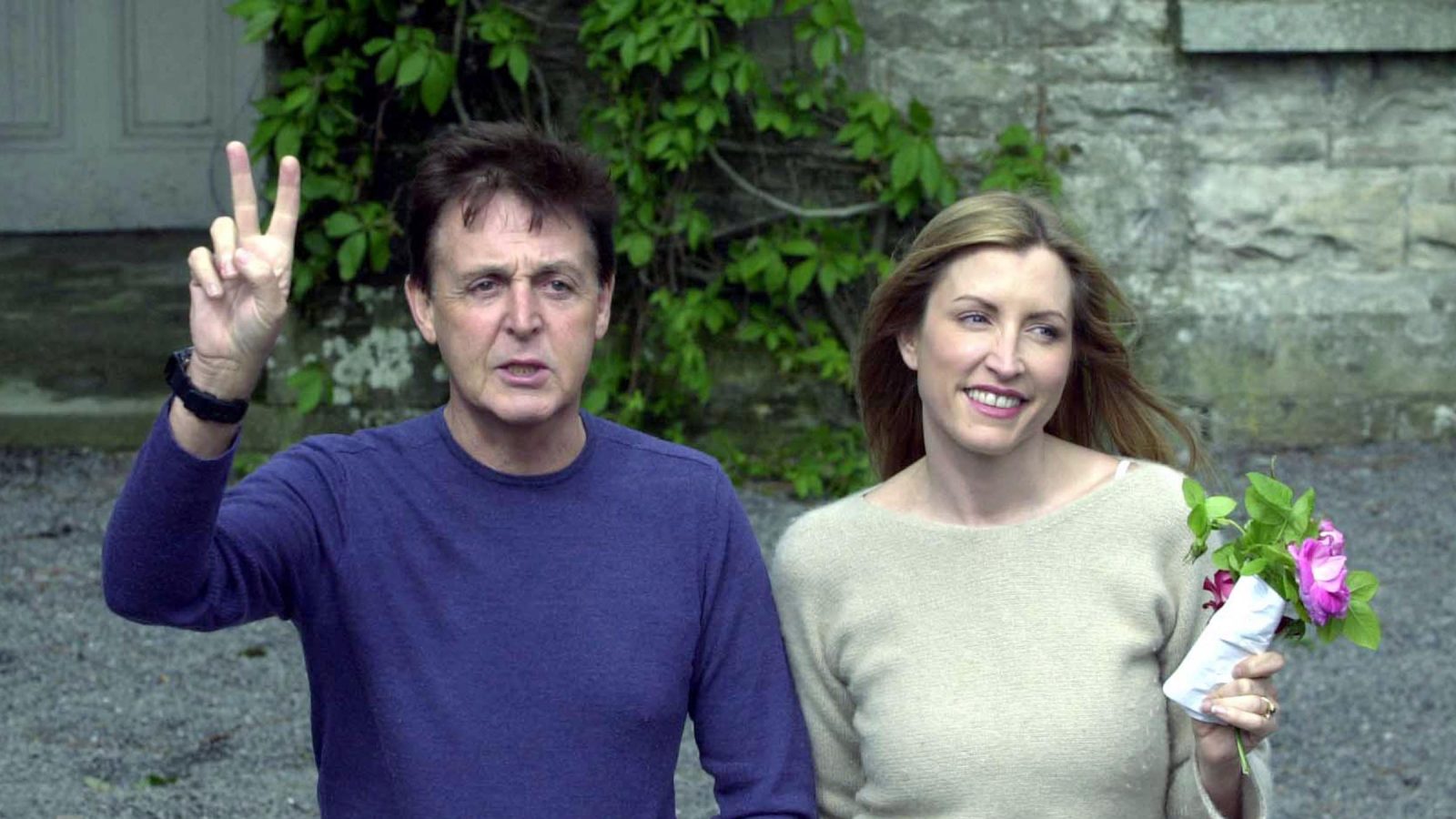 While not as costly as other star divorces, the former Beatle breakup with his ex-wife Heather Mills was still one of the most expensive celebrity divorces ever. McCartney was forced to hand over nearly $50 million, causing him to admit that marrying Mills was his biggest regret of the decade.

Another high-end star divorce was Harrison Ford’s separation from his wife Melissa Mathison in 2004. According to Forbes, the 21-year marriage ended with Mathison having a large chunk of Ford’s fortune — $85 million. 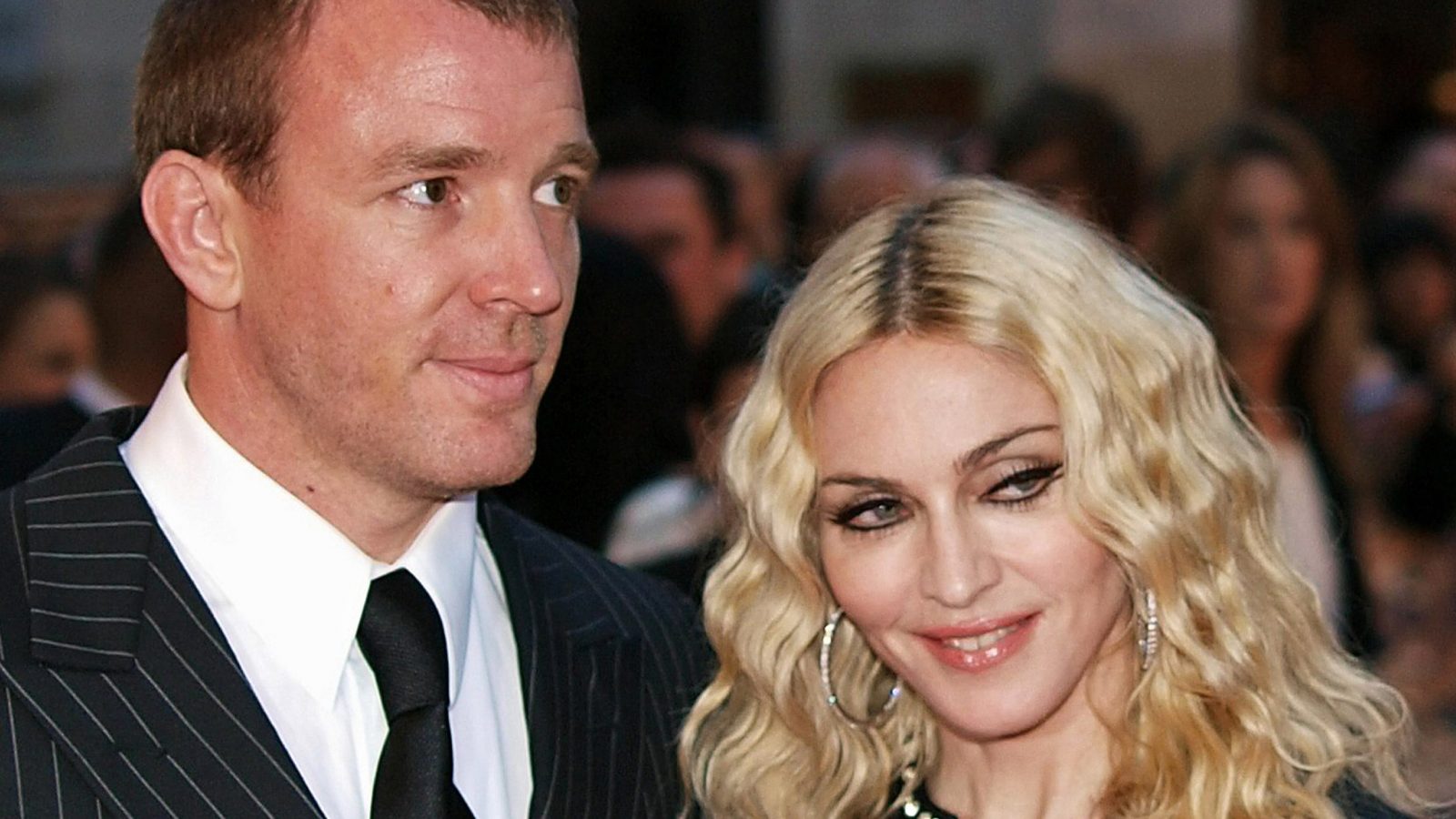 Their 2008 split was a harsh one, and finally, it was reported that Madonna paid Ritchie up to $92 million. However, the conflict between the two was only at the initial phase as later they started a bitter custody fight over their son, Rocco. 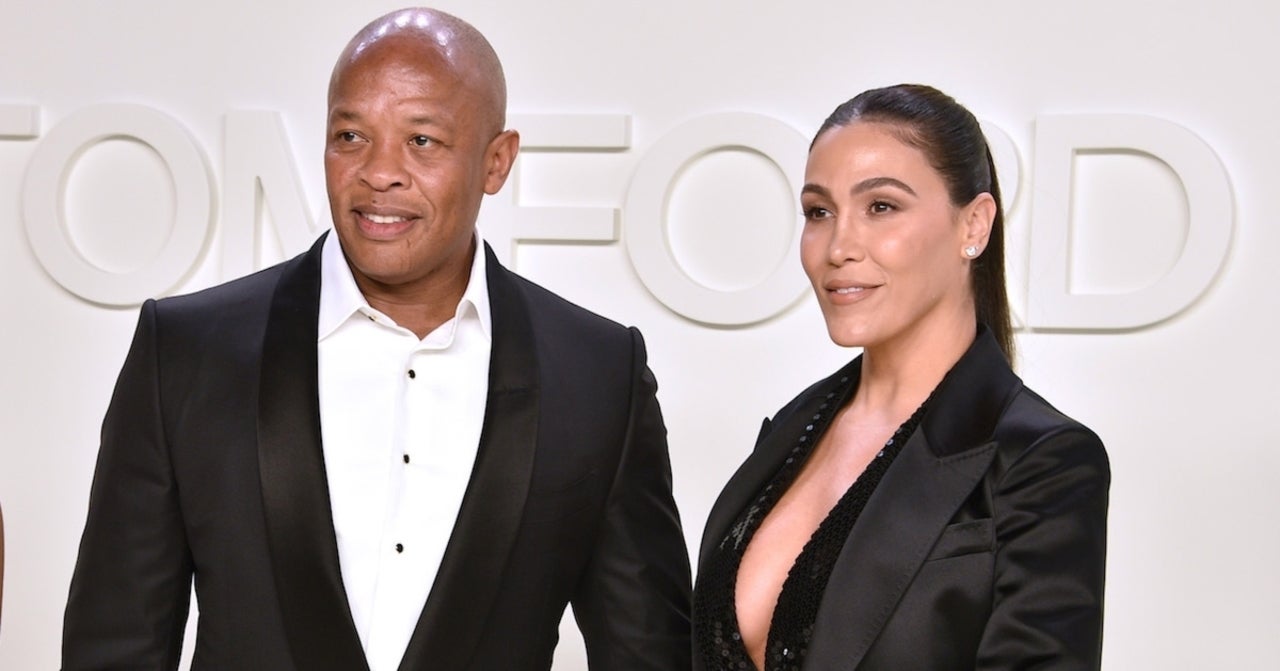 Young filed for divorce from Dr. Dre in June 2020 after 24 years of marriage. Dr. Dre, whose total assets are worth around $800 million, has agreed to pay out more than one-fifth of his fortune and approximately half of his liquid assets, resulting in a $100 million bill as a part of the property settlement agreement. 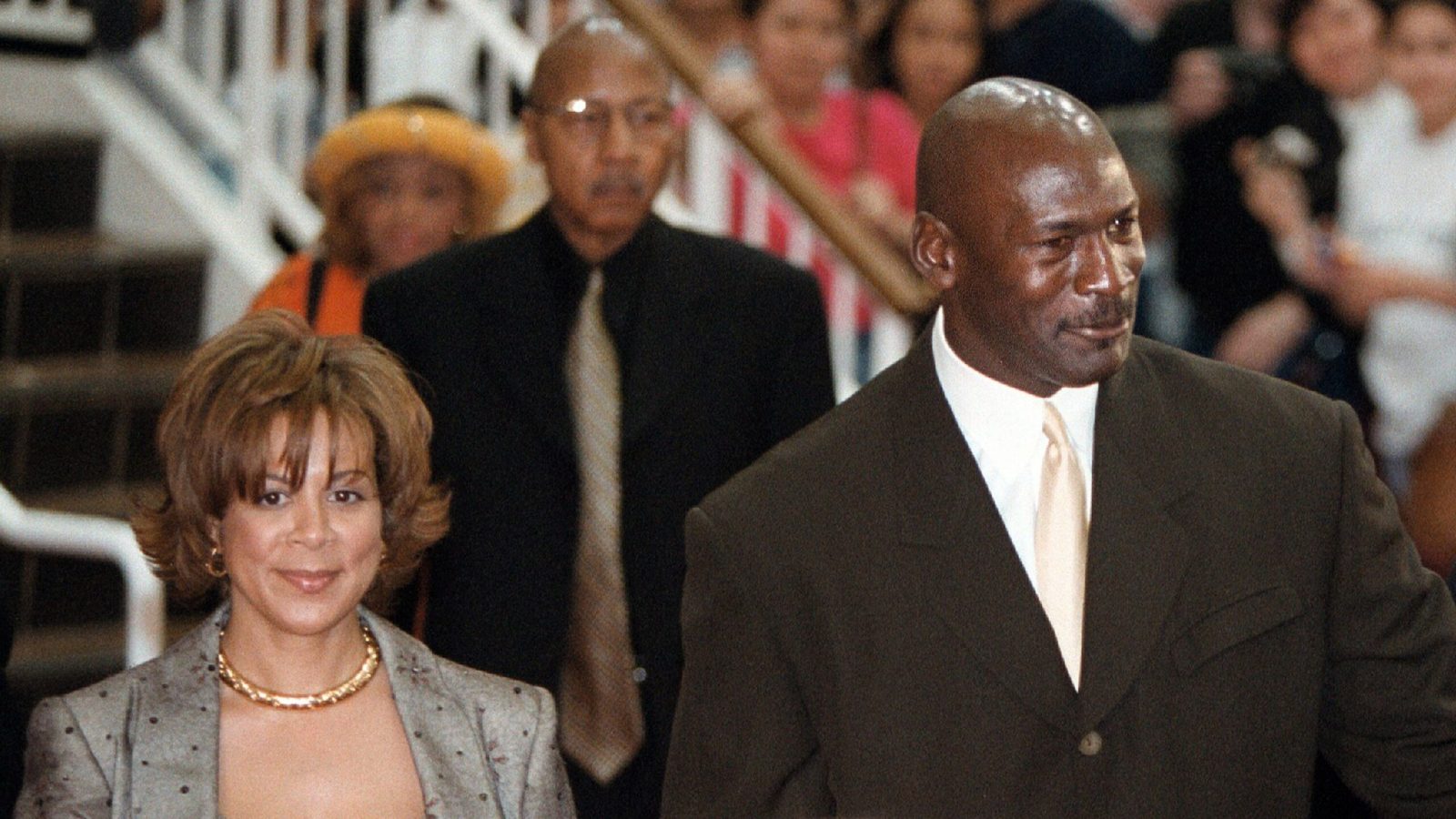 The prominent basketball player Michael Jordan and his ex-wife Juanita did their best to overcome marriage difficulties by visiting the couple’s therapist for years. Still, it didn’t save them from divorce proceedings. Luckily, there weren’t any grievances between the former partners, and Juanita got $168 million in the settlement. She also received full custody of their three children and their mansion in Chicago.

Arnold Schwarzenegger and Maria Shriver’s divorce was full of scandals and reproaches. They were married for 25 years, and it was a highly problematic union. Maria finally filed for divorce when she found out that Arnold was having an affair with their housekeeper and even had an illegitimate son. The two never signed a prenup, so Maria got the standard settlement, half of Arnold’s wealth which was $375 million, and full custody of their children. She must have felt devastated by the betrayal, but at least she was fully compensated for her upsets. 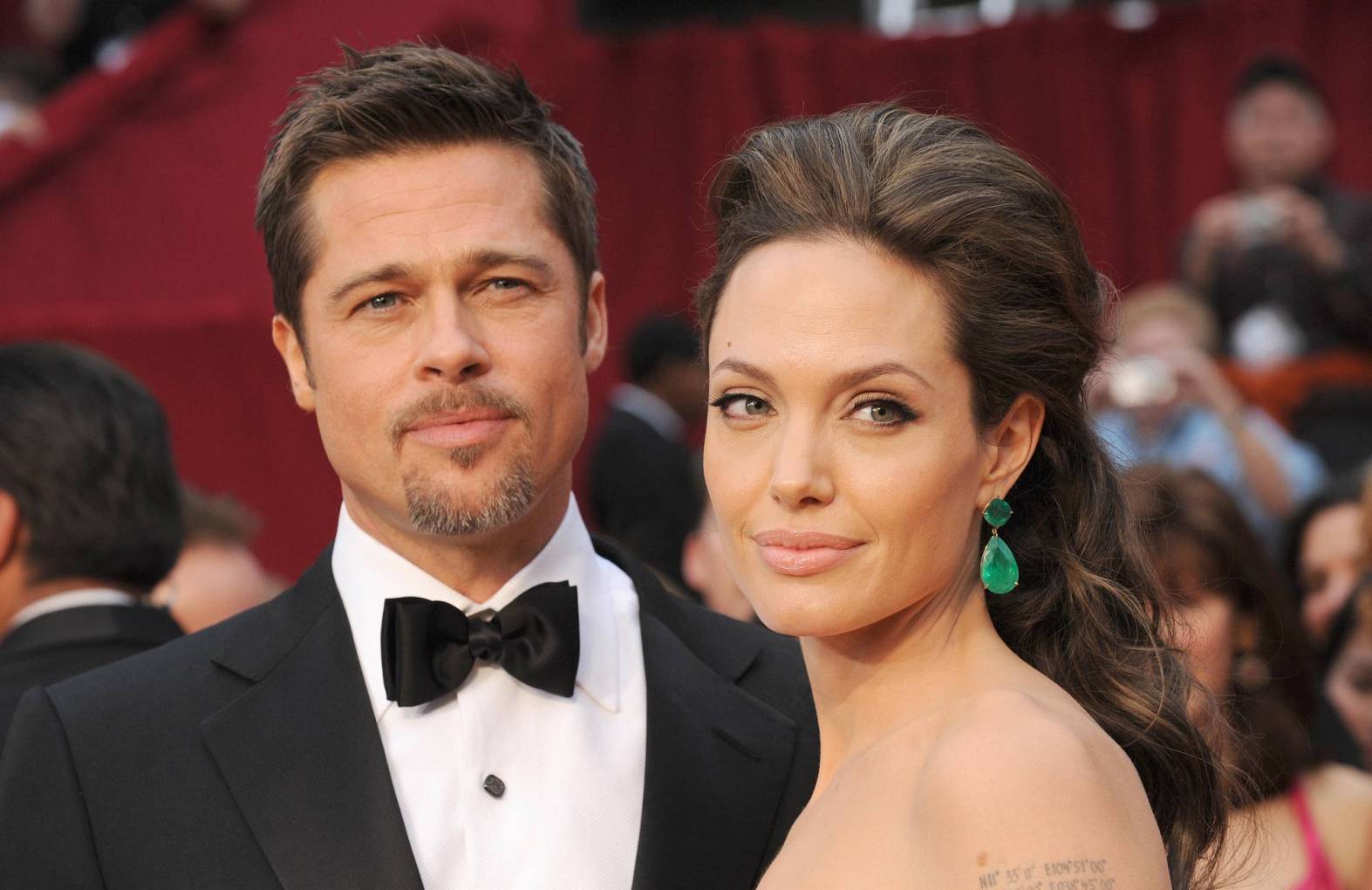 When Angelina Jolie and Brad Pitt decided to end their relationship, it was like a bolt from the blue, which induced a lot of rumors. There was no actual announcement on how much money Brad and Angelina divided while proceeding, but they say it was around $400 million. 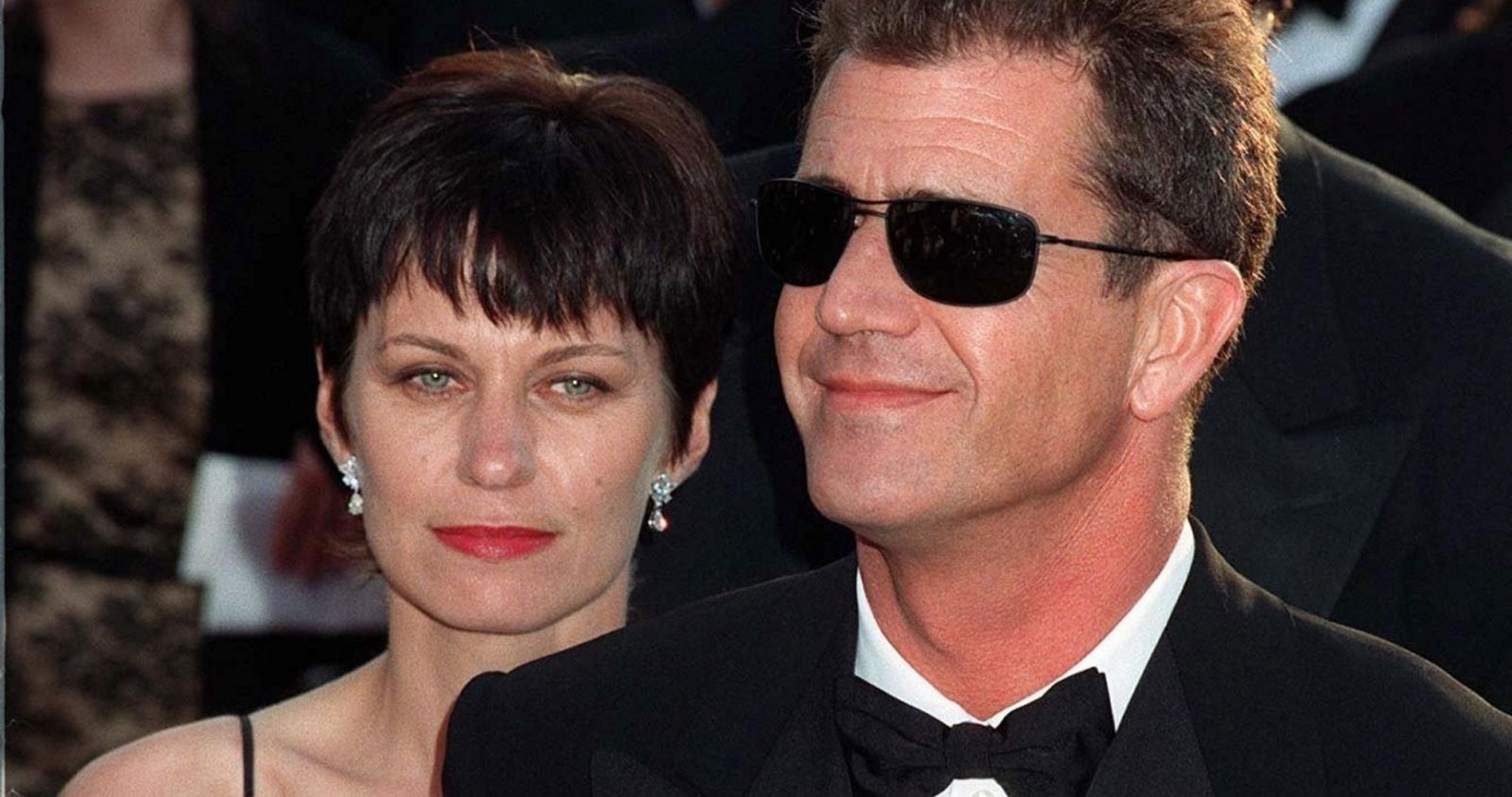 Mel Gibson and Robyn Moore had been married for more than 25 years when Mel was arrested for driving under the influence in 2006. This episode made Robyn finally file for divorce. The celebrities didn’t have any agreements before they married, so Robyn ended her marriage with around $425 million. When Russian billionaire Dmitry Rybolovlev and his wife Elena decided to file for divorce, Dmitry was obliged to pay Elena more than $600 million. However, that’s nothing compared to the original amount for their settlement of $4.5 billion. The former spouses had been resolving their conflict in court from 2008 to 2015. As a result, Elena grabbed only a quarter of the original amount she asked for, but the settlement also got her two Swiss houses.

In December 2021, the wealthiest person in Dubai was forced to pay his ex-wife an unbelievable $728 million, ending a years-long divorce fight that included allegations of affairs and threats. It was reported that this sum would cover Princess Haya’s security costs and multiple expenses for the couple’s two children — daughter Jalila and son Zayed. 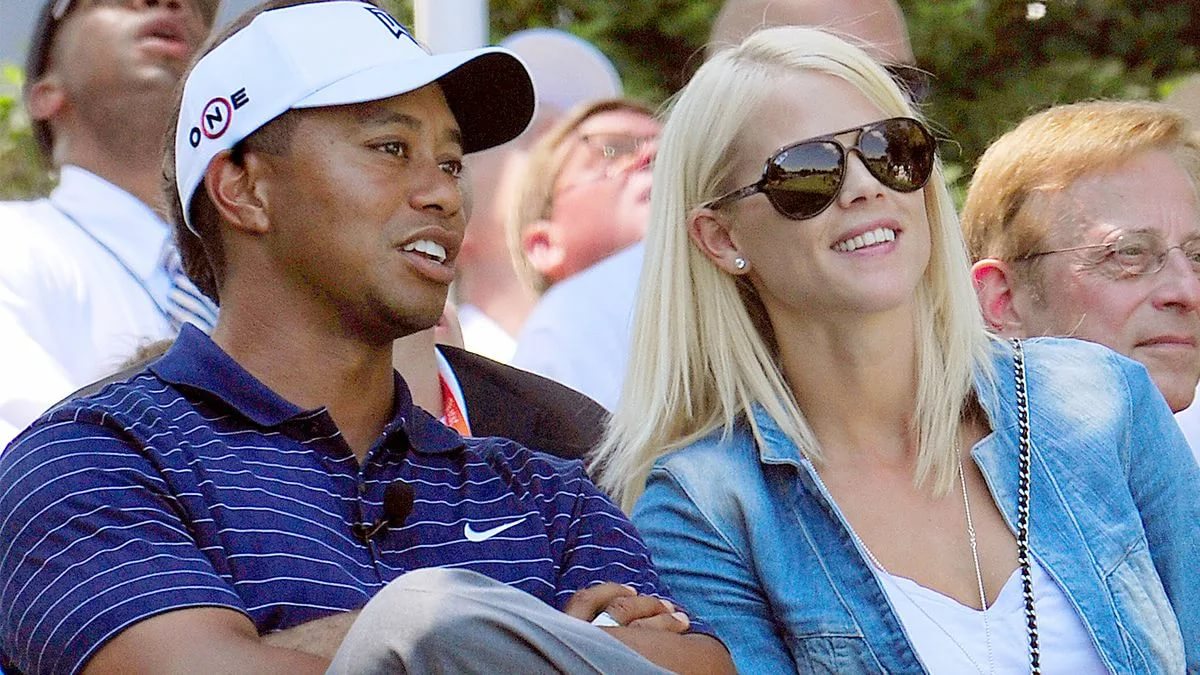 When Tiger Woods was at the top of his career, it seemed like everything was perfect in his family life too, but one wrong step spoiled that image. Tiger was caught cheating, which caused a huge media scandal that finally destroyed his marriage. It turned out that Tiger cheated with numerous women, from professional models to his close acquaintances. When the marriage eventually ended in 2010, Ellen Nordegren received $750 million due to the divorce settlement. 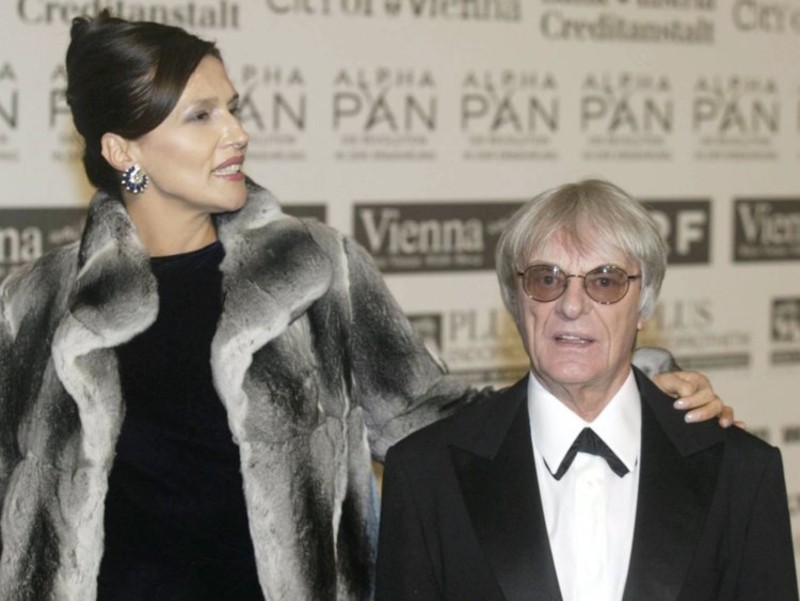 When the former model Slavica Ecclestone decided to file for divorce from the billionaire and the Formula One owner, Bernie Ecclestone, he was quite a rich man. His fortune was built from the wealth he made and the money his family had left him, which was an estimated £2.4 billion. Initially, it was reported that Slavica received around $1.2 billion in the divorce settlement. Still, later it was revealed that Bernie also snipped off a piece of £300 million from Slavica’s trust fund. 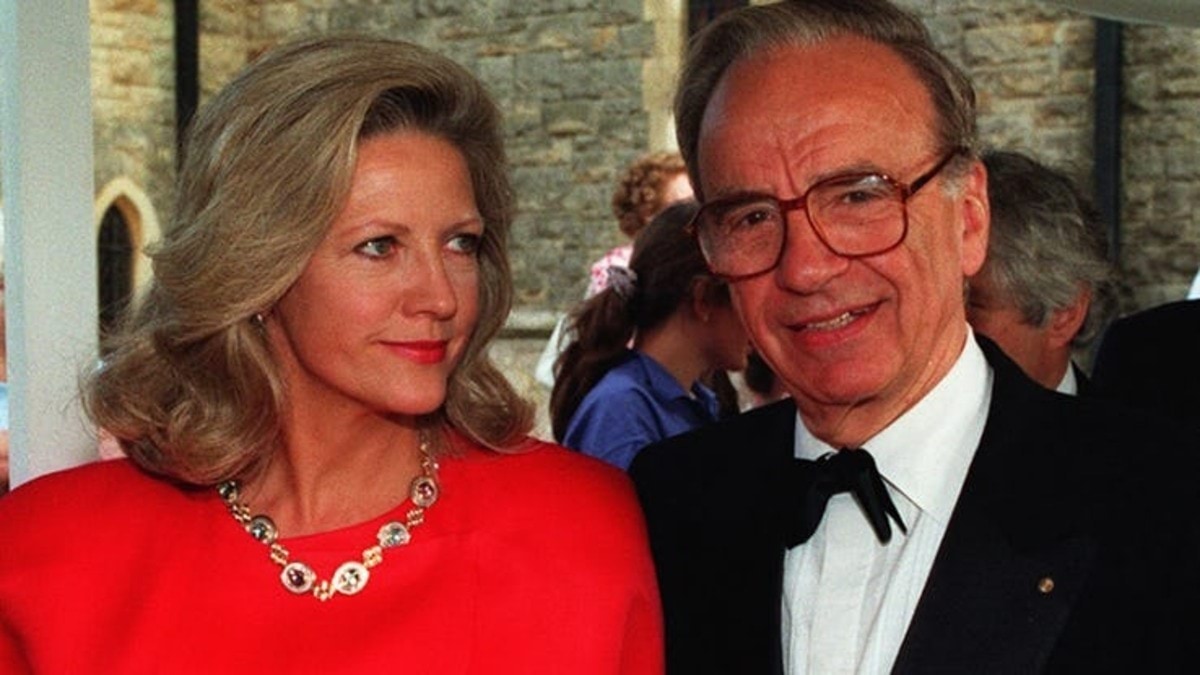 Media magnate Rupert Murdoch was married to his ex-wife Anna Torv for 31 years. Sadly, that marriage ended up in court. Anna was given $1.7 billion, mainly in the form of News Corp. stock. Interestingly, 14 days after the divorce had been finalized, Rupert married Wendi Dang, and this time he was more prudent. He had his lawyer make up a prenup to guarantee no huge compensation in case of another divorce. 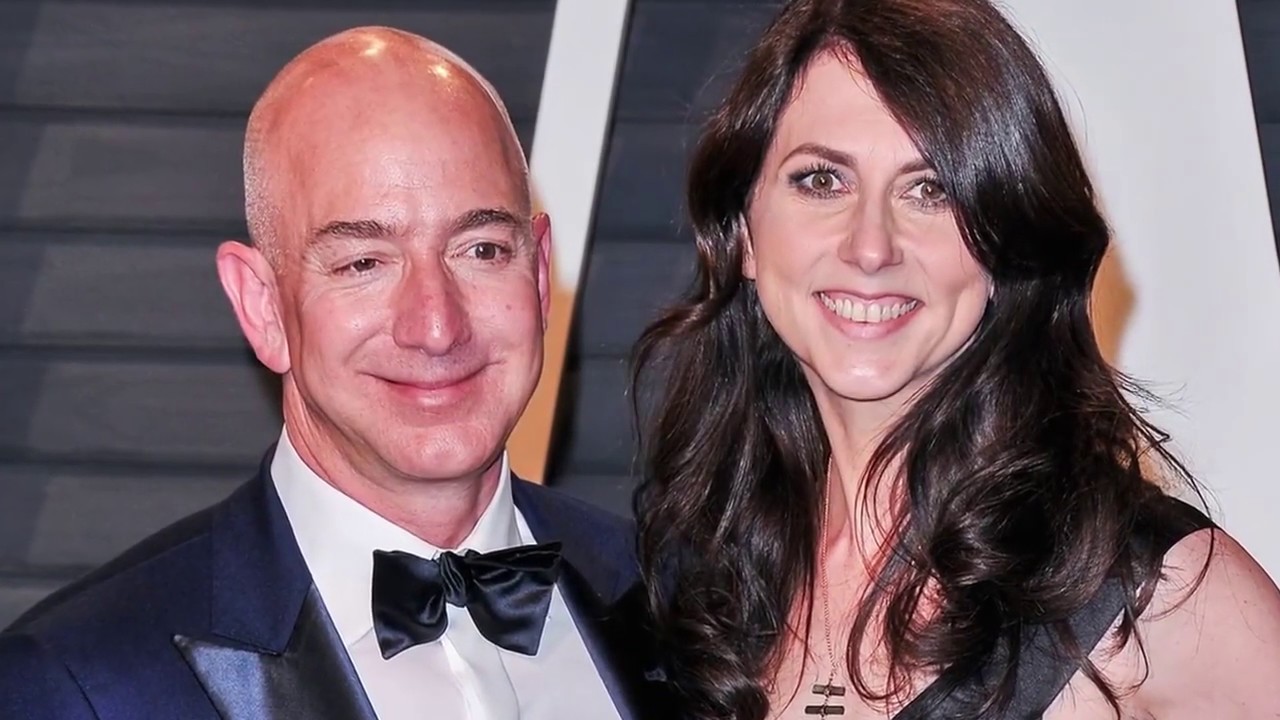 Amazon founder and CEO Jeff Bezos was named the world’s richest man several times; that’s why his divorce from his wife cost him a fortune. According to the law of Washington, where Bezos lives, all assets and debts accumulated during the marriage are considered owned equally by both partners if there is no prenuptial agreement stating otherwise.

However, the former couple resolved all issues tete-a-tete. In April 2019, they’d finalized their divorce, with Mackenzie walking away with around $36 billion, making her one of the wealthiest women in the world. 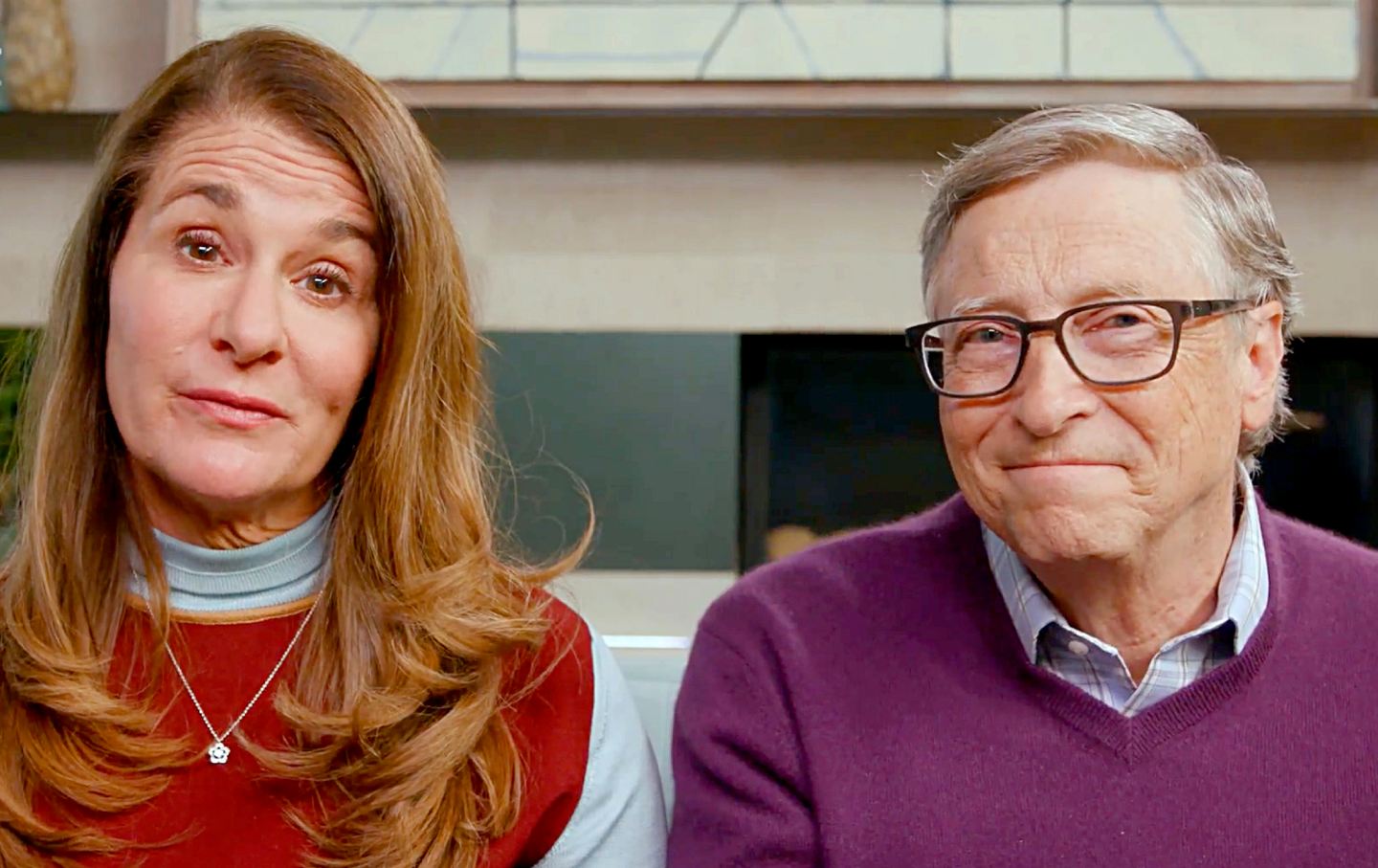 Bill and Melinda Gates announced their shocking divorce on May 3, 2021, after 27 years of marriage. Court papers revealed that the two had no prenup — and since they shared so much, dividing their assets was pretty challenging. Regardless of what exactly happened, Gates’ divorce has turned into one of the most spectacular billionaire breakups in history. Melinda Gates could receive $50 billion – reasonable compensation for the split-up. 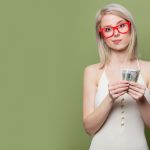 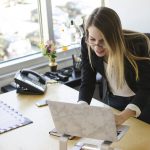 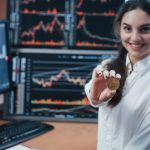 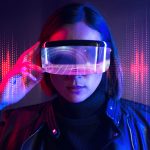 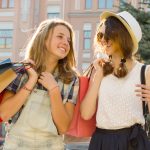 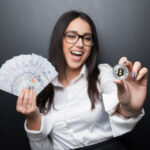 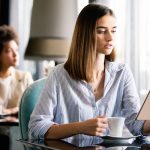